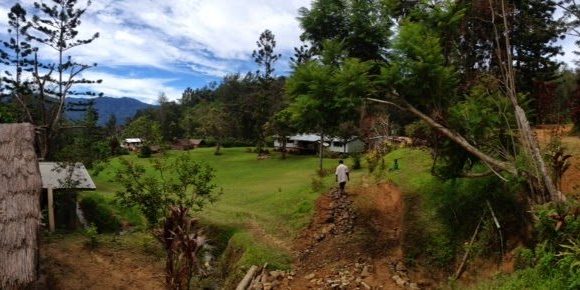 Then there comes a day when we are confronted with a different culture, different values, different way of thinking, different ways of behaving, and living. At that point, we have a choice. Do we completely close ourselves off to what is before us, or do we stop and analyze and try to process. Too many times, we fight against what we don’t know, and fear takes over. We react and hold even tighter to our own culture and try to judge the other against our own. We begin to become indignant about what is going on. We complain, we growl, we begin to speak poorly of the other. “How dare they do…..” “Can you believe…….” “I would never do that!”

Then comes the day that our own culture is questioned or ridiculed. Our culture goes into over drive. We either fight or flight. Many times, when it comes to the “attack” of our culture, the very core of who we are, our identity, we choose to FIGHT! Many times, it seems that we think Christ is like a lucky charm that we can take off, put aside, be horrible and ugly to others, then when we are done, we take him back, put him on, and we are good. Sometimes it isn’t a fight as much as it is a reaction to something my culture tells me is a NO, NO.

I want to give one example that is funny, but also, I think shows how culture affects us. While in college, I had the privilege to go on a singing and witness trip to Papua New Guinea. We had been informed and “warned” about the culture we were going to. I listened intently trying to soak everything in. I love languages, so I paid extra close attention to learning some phrases and even a song or two in Pidgin. I was as ready as I was going to be as it came time to travel. We arrived in PNG, sang and traveled, and sang and traveled, starting on the coast, going up to Mt. Hagen, then back down to the coast. I had an awesome time meeting new people from a new (to me) culture. I had seen so many new things and had new experiences. I loved the music and the language but, the very last, the night before we left PNG we stayed at a university. My friend and I got assigned to stay in the dorm room with two Nazarene young men who were students at the local university. I was excited as I knew we would be heading out soon, then after a few days would head home.

The two university students met us with a group of their friends, and were super excited to meet us and that we would be staying with them. They decided that we would take a walk around the campus, and they would show us everything. It was late and the sun set and the moon rose. It was at that moment that you could see the stars and a constellation only seen from this part of the world, the Southern Cross. It was cool to see, but this lead to something that culturally I was not prepared for. You see, one of the things that we had been told or “warned” about was the interaction between men and women. Men could hold hands with men, and women with women, but not men hold hands with women. They also told us it was a sign of deep friendship and affection for two men or two women to hold hands.

Now, as I mentioned, I grew up in a conservative Hispanic culture that was all about “men do this and not that”, especially hold hands together. That was a BIG NO NO, yet there I was in PNG, walking around with a group of guys, when it happened. One of the guys slipped his hand into mine and we continued to walk. I immediately became uncomfortable! My culture had always informed me that this, this thing that was happening, was WRONG!!! I was sweating bullets literally, ok, some of that sweat was from the fact that it was hot, but most of it was a physical response to what was going on. I was trying to be ok with what was going on, trying to talk to myself about culture and how this was a sign of deep friendship and acceptance even, when it went to the next level.

The guy who was holding my hand began to interlace his fingers with mine. At this point, no amount of talking to myself was going to convince me, my culture won and I pulled away. My culture was not having any part of this! Now you can laugh at me because I still do, but part of me is also saddened by my reaction. I just could not get past my culture, but more than that, I could not get past myself. I made the choice to allow my culture to tell me it wasn’t right. I allowed it to tell me that this interaction was wrong. I allowed myself to push away from a guy from another culture, a culture where I was the visitor, and in the split second, I allowed my culture to shut down what truly was a beautiful expression of deep friendship and maybe I completely shut down the Holy Spirit from something he wanted to show or teach me.

I am reminded of Peter’s vision with this example. In Acts chapter 10, starting at verse 9, Peter has a vision that challenges his Jewish culture, the culture that molded and shaped him and gave him his identity. Peter sees a sheet with animals, some he used to eating, and some that his culture told him he could not. He hears a voice that he recognizes as God’s. The voice tells him to kill and eat animals that he has NEVER eaten before, in fact, when confronted with the choice that goes against his culture, he almost gets defensive and says, “surely not Lord!” In other words, how dare you ask me to eat that dirty nasty animal, “well I never!” It happens three times. It took three times for the Lord to get through to Peter, and the Lord scolds him and says, “Do not call anything impure that God has made clean.” In other words, God responds with, “how dare you think that you and what you believe to be right (your culture) are more important than me!” You see, if we keep reading the passage, we know that what God was truly talking about was not just food, but people. He was extending his reach to everyone, yet Peter’s culture told him that God was only for him and his people, people that shared his culture. Peter was confronted with a dilemma, be true to his culture or be true to Christ’s culture.

Today, we are all faced with the same dilemma. I have been a part of several churches that when confronted with a different culture, act just like Peter, “How dare you ask that of me!” Our true culture comes forth and unfortunately, some times its our human culture, not our Christ culture. Our actions and reactions are human not divine, they divide not unite, they criticize and ridicule, not try to understand. The truth is uncomfortable for us all. When the very core of who we are (our identity) is challenged, we become defensive and it gets ugly. We forget about the one who indwells in us, who is reshaping us into His likeness, the one who replaces our eyes and hearts with his so that we can see what and how he sees, and feel what and how he feels about his creation, us.

He desires to be in relationship with us ALL. He desires to love us so that we then can share His love with others, and that they many know He loves them too. He desires to fill us so much that He and His culture just ooze out of us in all of are relationships and interactions. He desires to replace our human culture with his divine one. Are we ready to accept that? Can we move beyond ourselves to a place where when confronted with something that goes against our human culture, but is part of His divine culture, we can lay ours aside and allow his to reign? Are we ready to lose ourselves in Him and come to a place where my individuality and identity are lost and only He remains? Think about it, pray about it, and act on it!